Skip to content
You are here
Home > Topics > Routing >

For the second part of this post, I will be covering a couple of scenarios by changing the default values of RIPv2 timers. First scenario is when the Flush After time is configured to last longer than Holddown timer in which case, the route will get flushed when the Holddown timer expires even though the Flush After timer is still on. This is the RIPv2 config for R1:

Another look at the graphical representation of how timers look like now. The red line demonstrates when the route should be flushed from the routing table 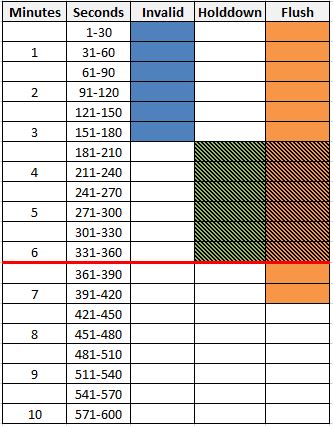 Again, focusing on how R1 receives network 5.5.5.5, I will make R4’s gig1/0 passive. Network 5.5.5 should remain in the routing table for about 6min before it gets flushed – proving that the route will be flushed when the Holddown or Flush After timer, whichever expires first. 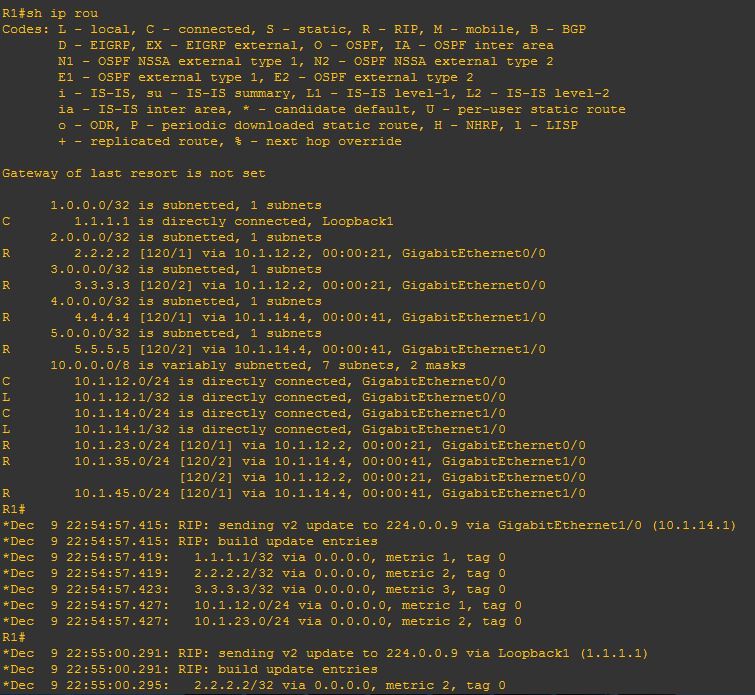 Notice the time stamp above, its been 41 seconds since the route was received (roughly around 22:54:16).

Per above, the old route was finally flushed and the new route installed around 23:00:46, just over 6 min but definitely before 7 min which is when the Flush time was going to expire.

The last scenario I want to cover here, is how the router behaves when its Invalid After time is on. The timers are now ” timers basic 30 180 120 120″. The graphical representation is: 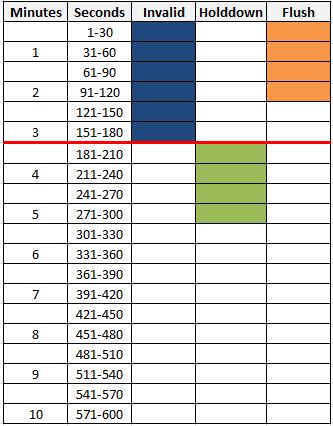 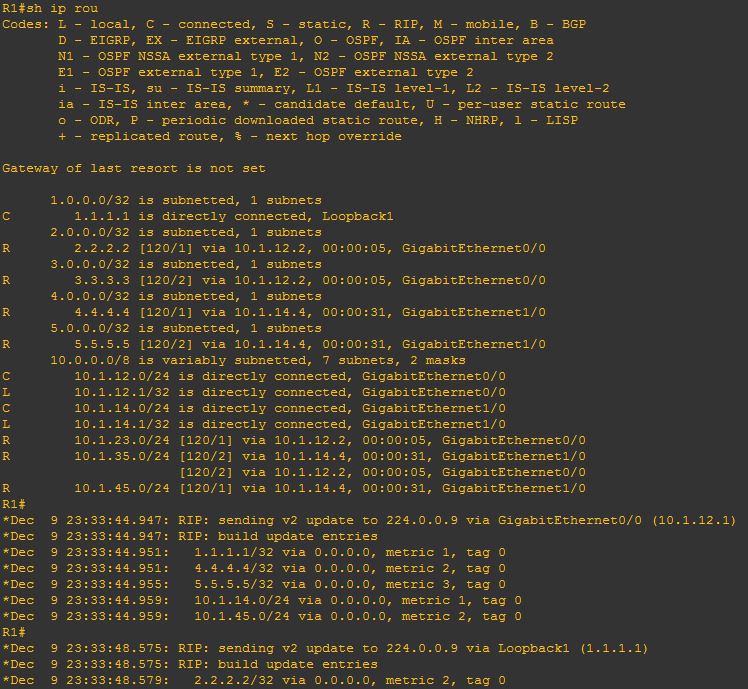